The beginning of 2015 has seen a wave of new financing for software development tools companies. Mulesoft, Docker, Sauce Labs, Neo Technology, MongoDB, EnterpriseDB or CloudBees are some of the organizations that have received up to $130 million dollars to develop their activities. Even if not all companies will earn money on the long-term, this is the sign that many people think that there is still money to be made in the software development tools business. 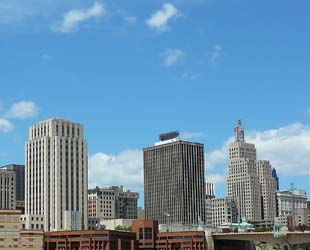 The interesting thing is that all these companies are working around open source tools. Thus they are not making revenues directly with their tools, but with the sales of “enterprise editions” packages or services around the tools. This means also that the basic technology of these companies is not “protected”. You could fork MongoDB on GitHub and produce your own version and extensions of this NoSQL database. So why don’t people just do this? I think this is mainly because making these open source tools working at the enterprise level with a good performance is tricky. Few companies, Percona might be one of them, have the expertise to build a service and technology business around open source tools that they didn’t create. This is the weak side of open source tools. In many cases, the tools were initially built with limited resources and tested on small projects. You can read a lot of material on the web saying that NoSQL databases provides nice ideas but lack the backend data management and indexing knowledge and experience for a performing implementation. If you are not lucky to integrate performance from the beginning in the product, it is difficult to add this feature at a later stage. This is why paying enterprise features and services are the place to be. Most companies follow this road, using the same business model for open source that Red Hat introduced years ago.

Some sectors of the market like the NoSQL database are entirely based on open source projects. One reason is that traditional technology companies like Oracle, HP or IBM do not invest anymore in new software development tools. There is actually an Oracle NoSQL database, but I would say that it is currently mostly flying under the web radar. The business model of these companies is based on financial performance and they will buy some emerging technology companies when they think this could contribute to improve their earnings. CA Technologies is a typical (and long-standing) example of this financial strategy in technology. They just bought buy Rally Software and Grid-Tools, whose customers can now just expect to see an increase in the license prices and a decrease of any product enhancement initiative.