I have already discussed the concept of self-organization in ” Do Software Developers Want to be Managers?“. Thinking further about this topic suggested the idea that you could compare software development projects and part of the musical world. With maybe a simplistic view about the music industry, I started thinking how different project teams organizations might share the same differences that exist between rock bands and boy bands. 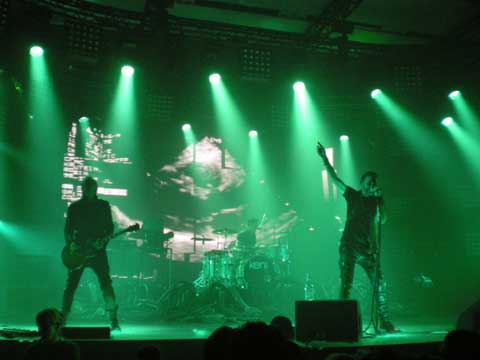 We could compare rock bands to self-organized teams. They are mostly formed by mutual interest, even if they can also “audition” to find missing components. They choose their goals and mostly compose their own music. If you have to judge them by their fame or the ability to make enough money from their music, there is a low success rate for rock bands. This isn’t however a problem for the bands that play music mostly for pleasure. Some have one or more leaders that are more visible in the media. There are also people, producers or managers, which help to facilitate the creative process of the band without being formally members. Both producer George Martin and manager Brian Epstein have been nicknamed the “Fifth Beatle”. This is not very different from the ScrumMaster and Product Owner roles in Scrum. This type of musical project might have a long life expectancy if they keep having fun, meet their audience and manage to survive the difficulty of long-term interpersonal relationships.

Boy bands are more similar to traditional project teams. A music producer forms the band as a “music product” and totally controls it. He will pick people for specific skills and have a command and control influence on the band. He will choose composers, songs and musical style to shape a band for a target audience. Money is the metric for this type of musical project and the final “product” has often (always?) a short life expectancy. This being said, you might find talented individuals in boy bands that will have then their own successful career like George Michael or Robbie Williams.

Considering these two models, you might think that start-up organizations are more akin to have “rock bands” software development teams and big companies will create only “boy bands” project teams. If this might be generally the case, I don’t think this is inevitable. Large companies can also nurture project teams that enjoy some autonomy and freedom to explore. On the other side, some software start-up could also become mostly money-oriented and shift their management style toward a boy band model, which could be the case when venture capital backers are in control and are looking to recover quickly their investment.

So, as a software developer do you think you belong to a rock band or boy band?